I usually don't get excited over movie trailers but THIS one just blew me away!  The cinematography looks amazing!  We definitely have to go see this one.  Wow!

An interesting little seed that I recently found attached to my sock after an excursion around our yard.  Anyone have an idea what it may be from? 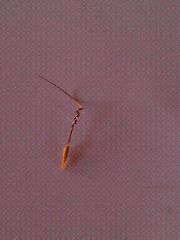 Posted by Vancouver Isle Doug at 11:48 AM No comments:

A couple of neat ideas, I thought, to display some of your favourite photos. 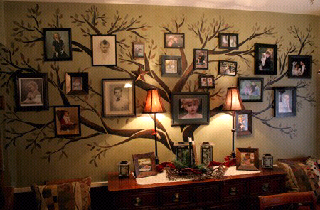 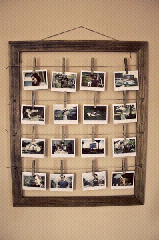 This sailing yacht just went past our house apparently on the way in to Victoria.  There is a classic boat show this coming weekend in Victoria and I am wondering if that is where they are headed.  Enjoy this video of the Tamsen.

Posted by Vancouver Isle Doug at 11:01 AM No comments:

A man of many talents.

Matthew Mitcham not only is a world class diver, but he can play the ukulele too!!
Posted by Vancouver Isle Doug at 6:10 PM No comments:

Um, what Summer? At least here on the coast of Vancouver Island Summer has been an elusive creature. Spring seemed to hang on forever and then, when Summer was supposed to start, Spring just didn't seem to want to let go! Sure, if we went into Victoria, or even Langford/Colwood, the temps went up and Summer seemed to be peaking from around the corner. Then, we would arrive at home, and there was our friend Spring greeting us at the front gate. Truth be told, I don't really like hot and humid, or should I say my physiology doesn't completely coalesce with those summertime elements. But I would like a bit more warmth around the yard for gardening, even something around 21C/70F would be nice. Oh well, life goes on, as does the garden. Speaking of garden, we've been keeping up with the growth rates of the outdoor plants and been somewhat busy with the greenhouse. The greenhouse has been supplying us with zucchini and acorn squash so far, with tomatoes just this week starting to ripen and falling prey to our harvesting techniques. We've even managed to swap some with a neighbour, in exchange for fresh strawberry jam. Yum! The green peppers are another matter - they appear to have been attacked by some kind of pest with holes in many leaves as well as almost every single pepper! Grrr! We've done some investigating via Google (I LOVE Google) and think the culprits are something called a looper. We've treated the plants with an organic insecticide and are anxious to see if it has worked. Nothing like big fresh green peppers right from the garden. I managed a few pickings of strawberries from the potted plants up on the deck, before the suspected raccoon helped itself over the course of two nights, while we were fast asleep of course!
Speaking of wildlife, we were on the front porch one sunny Sunday morning, with our coffee and tea, when the dog jumped up and ran toward the front gate, barking up a storm. We both jumped up just in time to see a rather large black bear go running down the driveway from the gate! It paused at the end of the driveway, glanced back to make sure that noisy black Lab was not in hot pursuit then limbered off into the forest. That is only the second time we have seen a bear in the almost 5 years that we are living here. We got word a few months back, from a neighbour, that he had seen two Cougars on his driveway up to the house. Since then we are a bit more cautious on our dog walks and maybe have just a heightened sense of awareness, especially of the crunching sounds in the woods just alongside the road. So far we have had no feline close encounter. We also have had a family of great horned owls living in the area, hunting rabbit in our yard as well as some of the neighbours. Those owls are quite majestic to see and really quite spectacular in flight as they swoop down for a meal. Bald Eagles as well as Red Tailed Hawks and some kind of Falcon have alos been frequenting the yard/hunting ground. One would think that would keep the rabbit population in check but they still seem to be everywhere!
We've been getting a bit more involved with the local community politics, as well as with our federal Member of Parliament, who is a really nice guy by the way. We met up with him and his partner at Victoria Pride this year, which had a record crowd by the way! Something like 20 more entries in the parade and a much expanded festival area at the end of the parade. We met some friends there and had a really great time. We've also been taking in a few car shows this year, with a big Jaguar meet coming up in Oak Bay on July 28th that I am really looking forward to! Shortly after that we have a family of five for house guests for 4-5 days so that should eb fun, and interesting. Yup, summertime in the Victoria area certainly does not have any shortage of things to do! 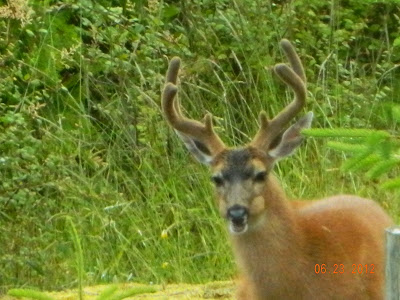 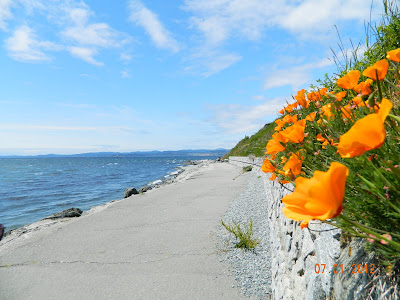 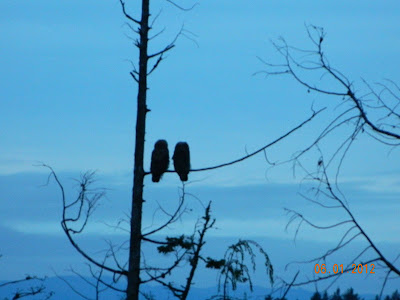 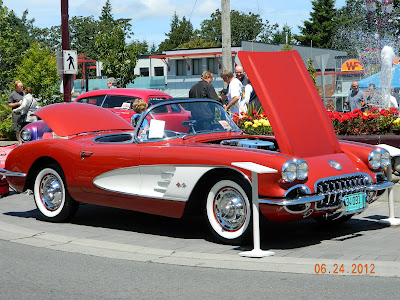 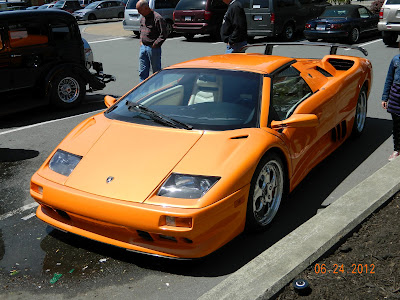 Vancouver Isle Doug
I moved from the US to Canada in October 2007. Obviously this brought a lot of changes with it and I now find myself thinking much more on a Global scale. I'll bring you my findings, from time to time, and I urge you to get out there and EXPLORE! 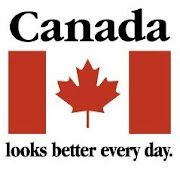 This is a Flickr badge showing public photos from IslandBound. Make your own badge here.